John Lewis, better known as The Bad Ass Vegan drops some jewels on his track Wise Words. He and VeganSmart are focused on addressing diet related diseases in underserved communities through education and offering plant based solutions. No judgement, no shaming, just a few gems that could save your life. Wise Words is available for download on iTunes, Google Play and Amazon Music: 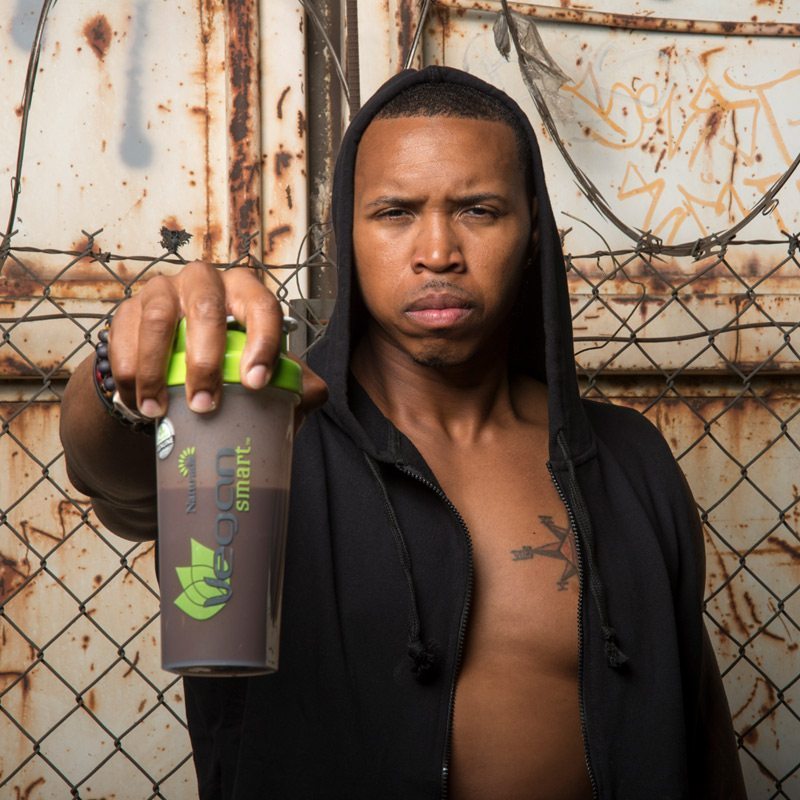 As a nationally certified fitness trainer, John Lewis has spent over 8 years in the health and fitness industry and played Division I College basketball. John is highly passionate about not only his own health and fitness, but that of others as well.In addition to his extensive knowledge in body sculpting and contouring, what makes John one of the top national fitness trainers is his creative ability to understand and live a “vegetarian/vegan lifestyle” while maintaining a physique that is commendable. In essence, he is able to cater to a diverse group of individuals and his services are highly sought after as he masterfully creates and develops personalized, unique and healthy nutrition plans. It is not surprising that given his unique abilities he has attracted clients from various industries including actors, models, and business professionals of all ages. John strives to educate his clients on living and maintaining a healthy lifestyle and he takes great pride in transforming individuals physically, mentally and spiritually. After all, it is said, that 60% of one’s success is based on how one feels about themselves.John has appeared in multiple television shows, music videos and fitness magazines such as Hallmark Channel’s “Home and Family”, NBC’s “the Daily Show”Muscle & Fitness, Mens Fitness, Fitness Rx, Exercise for Men, Planet Muscle, etc. as well as Maxim and Sports Illustrated. You can also see him featured in the P90X Television ads.Born in Little Rock, Arkansas in 1977, John grew up in St. Louis, MO. At a young age, he excelled in football and basketball. He continued his streak of athletic excellence throughout his high school and college years in Mc Cluer Senior High and Harris-Stowe State College respectively. Graduating with a Bachelors degree in marketing, he later went on to pursue his MBA from Nova Southeastern University in Fort Lauderdale, FL. He is now working on finishing his Master’s in Health Education to later go on to start his PhD in Holistic Sports and Nutrition. John’s education in business coupled with his love for health and fitness gave him the ability to start his venture – Bad Ass Vegan – a health and nutrition company that strives to educate individuals on plant based nutrition. John’s love for his community brought forth the brainchild of “BAD ASS VEGAN”, a foundation whose mission is to prevent obesity through education, physical activity and plant based nutrition.

Outside of health and fitness, John interests include reading, writing, brainstorming business ideas and most of all, helping others fulfill a healthy life. see how awesome they are! Now go own it!

Top Professional Accomplishments:
• Guest on the Hallmark Channel for the Home & Family show.
• Guest on The Daily Show on NBC.
• Chosen as Miami Herald “40 under40” innovative business owners.

Bragging Rights:
• Graduating with a Masters Degree.
• Working with John Salley.
• Having so many people tell me that I am motivation for them to go vegan… It motivates me to work even harder.

Fitness Tip:
Have fun with your journey! Just because it may not be the easiest thing to do it doesn’t mean that you can’t enjoy the journey. Love life and it will love you back!